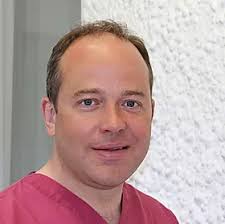 Consultant and Specialist in Restorative Dentistry

Nick graduated with Honours in Newcastle in 2001 before commencing General Professional Training in the North-East of England.  After completion of house officer posts and time in general practice he completed his Membership examination at The Royal College of Surgeons of Edinburgh and then went on to undertake House posts in Oral and Maxillofacial Surgery at University College Hospital and Great Ormond Street Hospital in London. He completed his higher specialist training in Restorative Dentistry at The Eastman Dental Hospital in London when he also completed a Masters degree in Conservative Dentistry in 2006.

Nick's clinical interests are centred around fixed and removable prosthodontics including the placement and restoration of dental implants and the oral rehabilitation of patients who have had head and neck cancer treatment. He is an examiner for the Royal College of Surgeons of England &Edinburgh, University College London (UCL) and the FGDP.

We are delighted to be able to offer our patients implant and other surgical procedures with Nick at our clinic.